A Primer on jurisdictional REDD+ 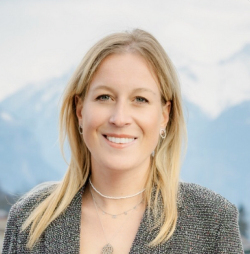 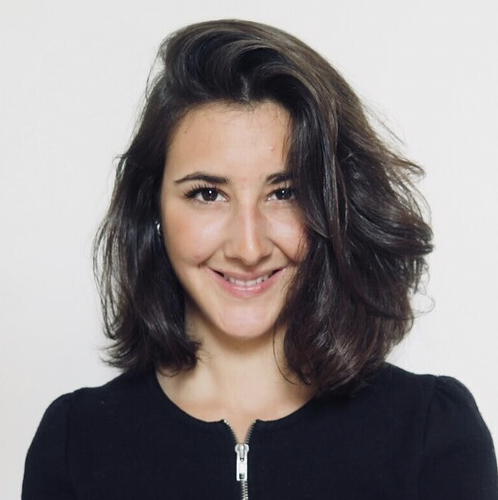 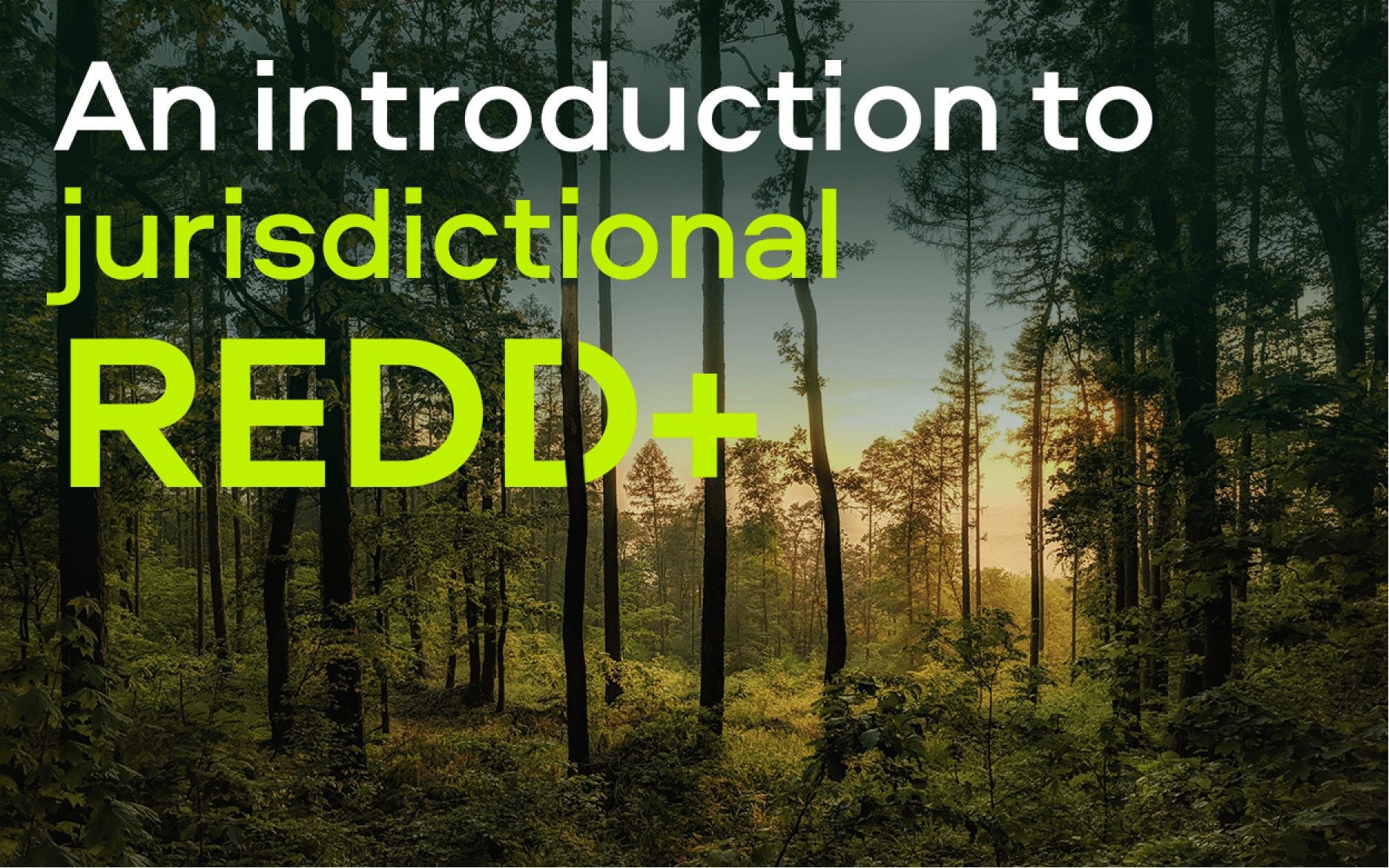 There has been a lot of talk about jurisdictional REDD+ recently, but what’s all the fuss about? In this series of blogs we’re going to dig deep into the technicalities, pros and cons, and future of jurisdictional approaches to crediting forest conservation activities. We’re starting here, with an explainer of what is meant by jurisdictional REDD+.

REDD+ refers to activities that reduce greenhouse gas emissions from deforestation and forest degradation, alongside wider activities including sustainable management of forests, and the conservation and enhancement of forest carbon stocks.

It is now widely accepted that there is no route to limiting global temperature increases to 1.5°C, or even 2°C, without halting emissions from forest loss. Apart from aggravating the climate crisis, forest loss poses serious threats to biodiversity and affects the livelihoods of an estimated 1.6 billion people who depend on forest resources. Taking action to protect forests is an urgent priority, but requires significant sums of money, hundreds of billions of dollars more than we currently spend each year.

Governments and multilateral organizations have also long taken an interest in REDD+. The term first came to prominence in UNFCCC talks in 2007, and the Paris Agreement brings closer links between individual REDD+ projects and their host countries' REDD+ strategies.

But REDD+ has never quite achieved its full potential as a large-scale funding mechanism to pay tropical forest countries and communities for avoided forest emissions. In part, this is due to the challenges that traditional, project-based approaches to REDD+ have faced and the reputational damage this has caused.

To date, REDD+ credits on the VCMs have been issued by individual projects. This is when REDD+ activities are focused on a defined area of forest (sometimes small, sometimes hundreds of thousands of hectares). A baseline level of deforestation is established for that area, informed by historic trends and activity in one or more nearby, similar reference areas. The number of credits issued by the project depends on how much deforestation has reduced relative to this baseline. For a more in depth exploration of project-based REDD+, check out our REDD+ White Paper.

Individual projects have been a successful approach to get REDD+ credits to market. Furthermore, many of the criticisms that have plagued REDD+ around MRV (monitoring, reporting, and verification) are being successfully addressed through the effective deployment of emerging technologies, including high resolution, multi-model satellite imagery, machine learning, Lidar, and real-time data transmission.

Our in-depth analysis of REDD+ projects currently on the market shows that many REDD+ credits represent verifiable, additional, and long-term carbon emission reductions, with measurable co-benefits. However, there are also a number of projects with serious threats to their integrity. Unfortunately, these examples have damaged the reputation of REDD+ credits to many market participants, and have hindered the scaling of REDD+.

The main challenges to project-based REDD+ are:

Either individually, or in concert, these shortcomings with specific projects have led to accusations of greenwashing against companies using credits from these projects to offset their emissions.

It is hoped that transitioning to jurisdictional approaches could help address many of these issues.

Jurisdictional REDD+ is not a new idea. However, until recently, jurisdictional approaches to REDD+ have not been used to issue carbon credits to the VCMs. Instead, it has been used as a basis for results-based finance agreements, either between countries or with multilateral organizations such as the World Bank (e.g. through their Forest Carbon Partnership Facility).

The fundamental difference to project-level REDD+ is that all the forest in a national (i.e. whole country) or subnational (e.g. state or province) jurisdiction must be considered when setting a baseline and monitoring deforestation. With the advent of remote-sensing and artificial intelligence in recent years, this can realistically be done to a high level of accuracy.

The big advantages of jurisdictional approaches to REDD+ are:

By considering deforestation across the whole jurisdiction, using methodologies that must be aligned with international reporting standards, the risk of baseline deforestation being misrepresented is lower. This helps ensure that all credits issued genuinely represent a ton of CO2 prevented from reaching the atmosphere.

Leakage is when deforestation simply moves from inside the project area to another area that is not being monitored, with no overall reduction in deforestation. Monitoring deforestation across a whole jurisdiction means that displaced deforestation will still be detected and accounted for.

Investing in accurate MRV is expensive and can be a barrier to developing REDD+ programs. National or subnational coordination allows more efficient use of resources, and can also improve access to upfront sources of financing.

Because the programs are state- or nation-wide, and overseen by the government, jurisdictional approaches directly incentivize using tools of politics, policy and regulation to tackle forest emissions, going above and beyond what is feasible for project-based REDD+.

Nested REDD+ projects are aligned with jurisdictional baselines and deforestation monitoring. Essentially, this is an intermediate step between the two approaches previously discussed, and may offer a practical solution to the criticisms of project-level REDD+ while smoothing the transition to jurisdictional approaches.

Nesting is still in its infancy and does not have a widely accepted definition or approach when implemented. How a country structures REDD+ nesting approaches is linked to its carbon ownership rights. While many countries are willing to transfer the right to generate mitigation outcomes/carbon credits to private entities, this is not always the case. Hence, countries' nesting approaches will differ widely on the degree of autonomy that the individual projects have outside of the jurisdictional approach. Some countries might require individual projects to transition fully into a jurisdictional REDD+ program with no separate accounting or crediting system. Others might allow individual projects to keep crediting independently. Several countries are including nesting approaches in their REDD+ strategies.

The future of REDD+

A move towards jurisdictional and nested REDD+ certainly seems to be the direction of travel for the market. For example, Verra’s proposed updates to their avoided deforestation methodologies adopt an approach aligned with nesting, and the IC-VCM explicitly considers jurisdictional approaches in its Assessment Framework.

A big driver of this move is the international policy context. Unlike under the Kyoto Protocol, the Paris Agreement expects all parties to track their national GHG emissions and commit to targets. Countries set mitigation and adaptation national goals (called Nationally Determined Contributions or NDCs) and establish plans to achieve them. This is new for developing countries, which happen to host the world’s tropical forests.

Under this new scenario, developing countries have become much more interested in using all mitigation outcomes they host to meet their NDCs. This includes emissions reductions from existing and future individual REDD+ carbon projects, and so some host countries are designing ways to integrate them into a broader jurisdictional program.

Regardless of the type of REDD+, credits still need to be high quality

No one approach is a guarantee of good quality. Although nested and jurisdictional approaches might help address some systemic risks, scrutiny is still important to ensure credits deliver on their claims. The factors that identify quality will be diverse and complex, and buyers should seriously continue to undertake thorough due diligence on any credits they purchase.

What Sylvera is doing to help

Sylvera’s carbon credit ratings can help buyers with their due diligence process. Currently, we have rated 85% of the existing individual REDD+ credits issued in the voluntary carbon markets. We also rate projects that have been nested, and we are in the process of building a framework for JREDD+ projects.

In addition, Sylvera is working with a number of leading global institutions, including the World Bank, to apply its state-of-the-art capability for accurate jurisdictional-scale forest carbon monitoring in a way that will maximize the flow of carbon finance as quickly as possible.  We have experience working with host jurisdictions in the development of forest monitoring tools, which include outputs like ongoing biomass maps, ongoing MRV, greenhouse gas accounting and carbon stock calculations, as well as policy advice for the implementation of jurisdictional crediting programs.

Clarification on the use of ‘REDD+’:

REDD+ is defined by the UNFCCC strictly to relate to activities in the forest sector that reduce emissions from deforestation and forest degradation, as well as the sustainable management of forests and the conservation and enhancement of forest carbon stocks in developing countries. Over time the term has been co-opted for use in the VCMs to cover avoided planned and unplanned deforestation projects, with the scope of activities in these projects not exactly aligned with the UNFCCC definition. Now, the definition of REDD+ is being stretched even further by some jurisdictional standards. For example, ART TREES (Architecture for REDD+ Transactions - The REDD+ Environmental Excellence Standard) methodologies also recognise activities in HFLD (high forest, low deforestation) jurisdictions and emissions removals through forest restoration and replanting. In this blog we use REDD+ in broad terms to cover all these activities, for clarity of reading throughout.